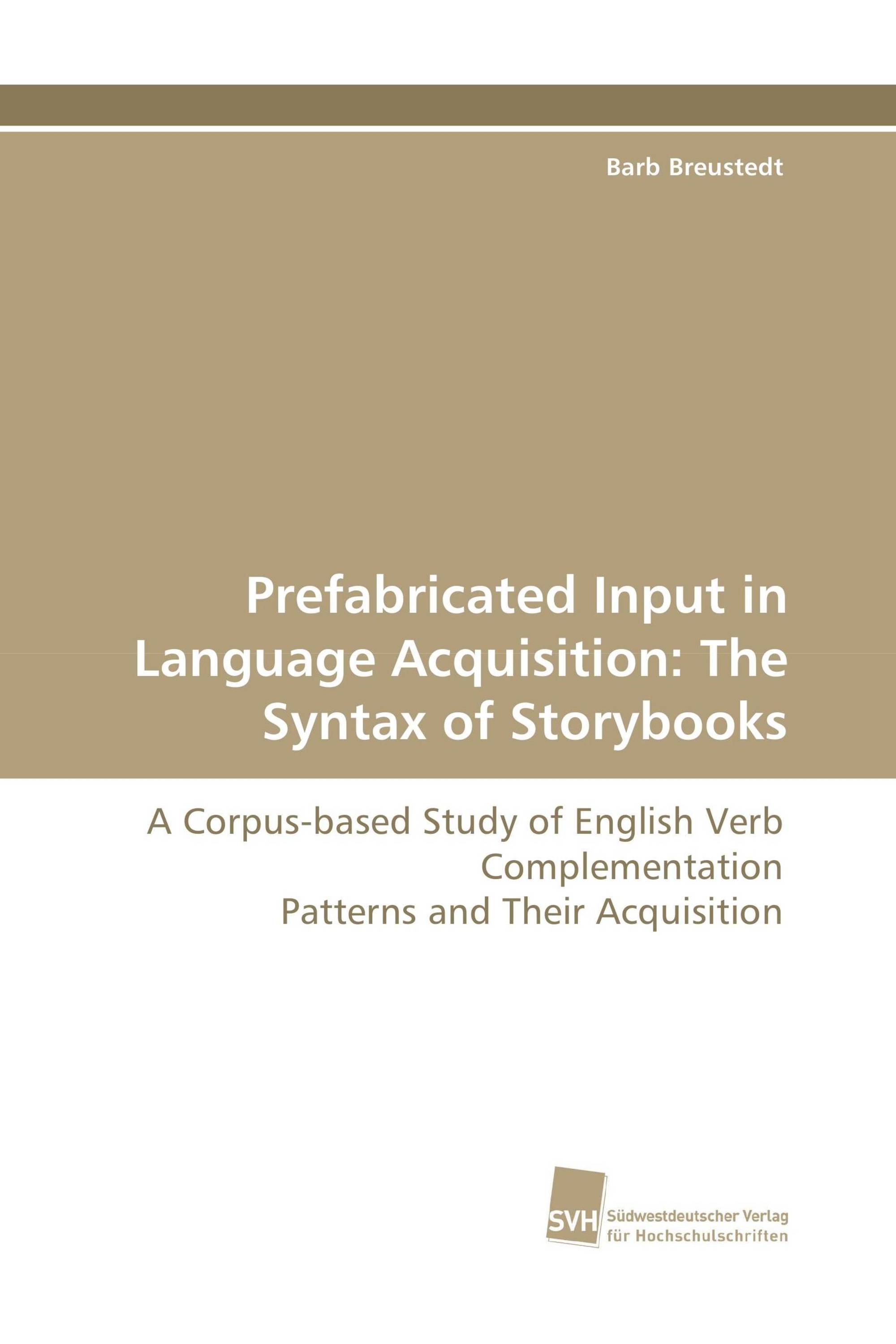 Prefabricated Input in Language Acquisition: The Syntax of Storybooks

Children’s acquisition of often complex and versatile verb paradigms is a widely studied and diversely argued area in first language acquisition. Based on the findings of numerous input studies cognitive-functional, usage-based oriented linguists show how children’s developing language skills syntactically mirror the ambient (spoken) language. Taking up this line of research, the author presents detailed, corpus-based analyses of verb complementation patterns found in English storybooks, a source of input language so far unconsidered. Lexical verbs are categorised according to their degree of transitivity; frequencies of occurrence are then compared within and across categories and contrasted with the findings of other input studies. Furthermore, the occurrence of modal verbs and passive constructions is investigated. The current work thus offers insights into structural differences and similarities between the spontaneous spoken and the “prefabricated” written(-to-be-read) language that English-speaking children encounter early in their lives. It contributes to a growing body of studies suggesting that general cognitive abilities are sufficient for first language acquisition.