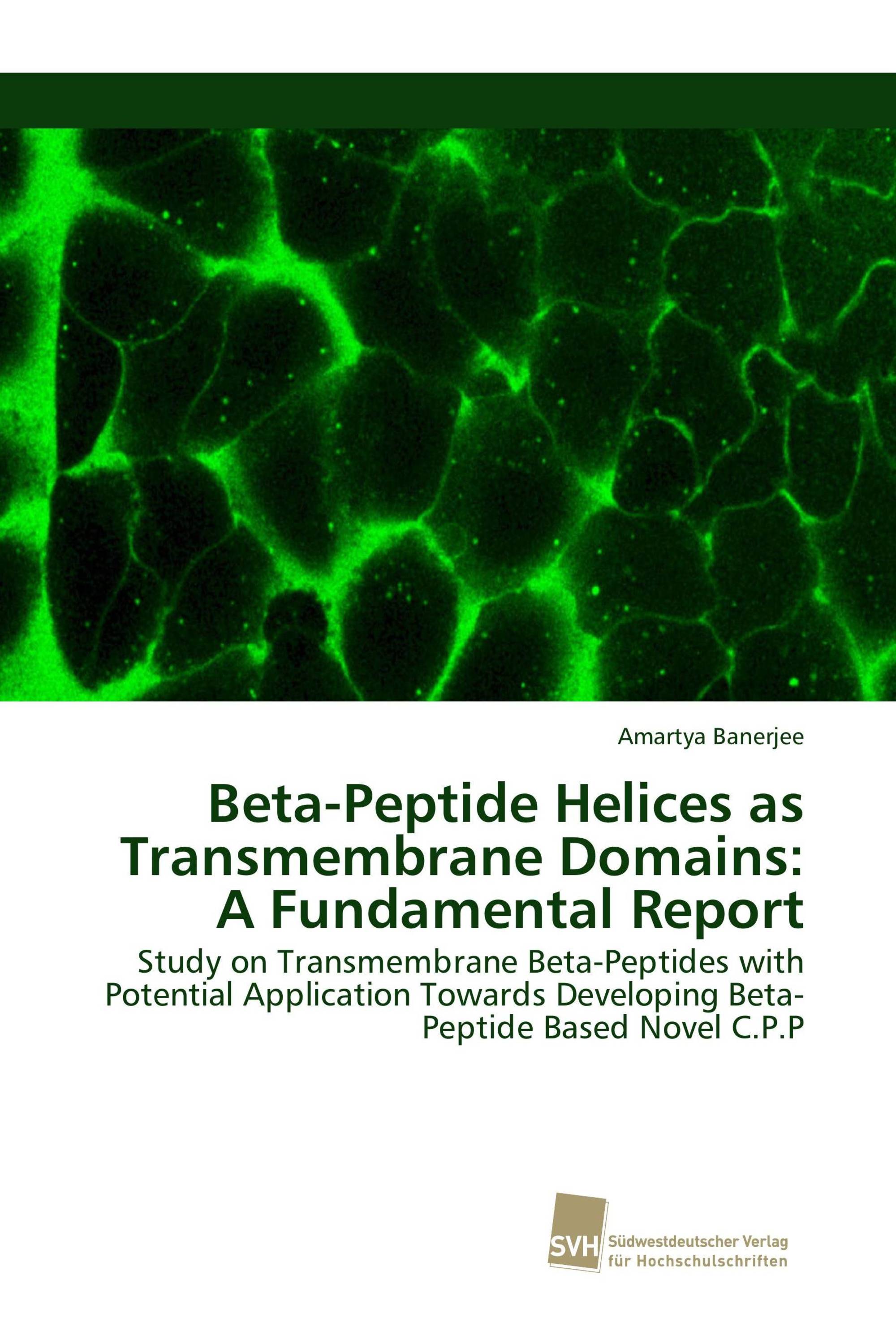 Study on Transmembrane Beta-Peptides with Potential Application Towards Developing Beta-Peptide Based Novel C.P.P

During last two decades, ß-Peptides have evolved as one of the most promising peptidomimetic motifs. Its unique ability to form several stable secondary helical structures & proteolytic stability against proteases contributed to its booming invasion into the world of peptidomimetics. Till now, scientific community has mostly addressed Beta3- or Beta2-peptides, but this report has touched the rare domain of alternating Beta2/Beta3-peptides, that unlike any other natural or unnatural peptides, lack in helical macro-dipole moment. It has been theoretically projected that macro-dipole might be a guiding factor to decide on membrane insertion and spanning ability of the membrane peptides, but have hardly been experimentally verified. So, the prime objective of the research was to experimentally shed light on the role of helical macro-dipole via different approaches. Moreover, it was also proposed and verified that synthetic Beta-peptides can have potential to be used as a new-generation cell penetrating peptides. It was also verified via confocal laser scanning fluorescence microscopy imaging to check whether the helical macro-dipole moment can affect the cell penetration phenomena.